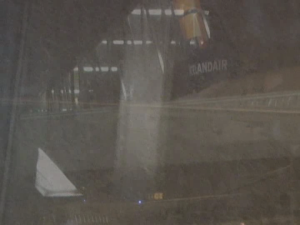 Here is the program for the Audio Visual event at the ATA in San Francisco presented by Cyrus Yoshi Tabar and Janel Leppin.

The Link is here

ATRACADOS | MOORED by Filipe Afonso
Two boys, in a harbor, talk about leaving their home and city.
Although they feel they can’t live outside, when one of them remembers
a dream in which they were walking inside the sea, the other reacts
and takes the lead. In Portuguese with English subtitles. Filipe
Afonso studied Science Information at Universidade do Porto and Cinema
(editing) at ESTC – Lisbon Cinema School, between 2005 and 2010. In
2009, he studied Cinema at FAMU – Film and TV School of Performing
Arts in Prague, Czech Republic.

Watercolors
DIR Ann Deborah Levy
Colors, patterns, and images reflected on the surface of a pond mirror
changes in seasons and weather over the course of a year to create
this “painting in motion.”