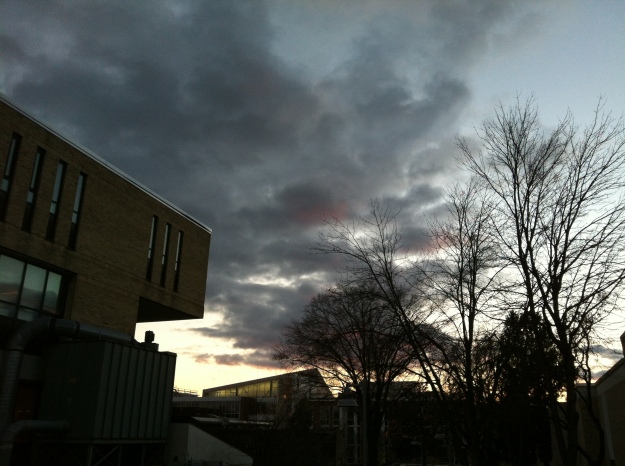 I recorded this piece in the music lab on a smart phone after our final class last week. Similar to the early morning recordings, it is totally improvised. I made some minor adjustments, but hopefully kept the overall tone.

Also a special thanks  to those who attended, listened, or viewed  these audiovisual works.