Here is an excerpt from Jiangning at Night. This entire film will be screened in the Urban/Rural Landscape program on 10/25/14. More info and the program soon.

I posted an excerpt from Ships on Vimeo.

A film I made a few years ago called Winter Movement was discussed at the Small Cinema Conference in Romania last week. The film was examined in an excellent paper called the Aesthetics of Landscape Cinema. The paper offers a fresh and engaging view on Landcape Cinema. Here is an excerpt on the audio aspect of the film:

“Often, the only sounds used in landscape films are natural sounds, recorded synchronously with the image, although in some cases, as in Winter movement, the filmmaker has applied sounds at different moments in the film, in a non-diegetic manner. The piece is silent at first and, later, sound comes in in the form of what can be thought to be a musical instrument, but which turns out later to be the sound of an escalator in the airport. The other sounds we hear are the sounds captured in the terminal, such as announcements, engines of vehicles passing by and the recurring noise of the escalator. The piece ends on silence. In Winter Movement, the sounds add a musical dimension to the film, suggested by the title itself.”
Here is a link to the conference. Looked really stimulating.

A new work shot in Nanjing 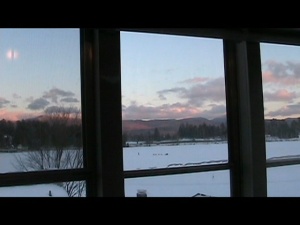 I am really thrilled to have two of my films added to The Streaming Film Festival’s permanent collection-The festival is located in The Netherlands and
here is what they say:

The permanent collection contains films and sound art from artists that were screened on the Streaming Festival. We have added around 100 films and 18 sound works, which you can view and listen to at any time, from any location
Here is my link if you want to watch anytime now

Be sure to check out other Artists as well